IBHI, in association with BESS and SESI, conducted an Elbow Conclave 2019 for the first time in India on 12th & 13th March, 2019. More than 300 delegates participated in this conclave held at MIOT International, Chennai. The British Elbow and Shoulder Society (BESS) Patient Care Pathways (Surgical Procedure Guidelines) was released for the first time in India by the British Deputy High Commissioner (Chennai), Mr. Jeremy Pilmore-Bedford. It was an event of many firsts, as IBHI - Elbow Conclave 2019 too is a first-of-its-kind event in our country. 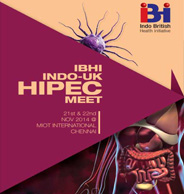 The Indo-British Health Initiative (IBHI) and the British Deputy High Commission jointly organised the Indo-UK Oncology Summit on HIPEC, the most latest and advanced technique in the specialty in Chennai on 21st & 22nd November, 2014.

Indo-British Oncology Summit was held on 6th & 7th September 2013. This two-day event had some of the world’s most reputed Oncology experts participating, including a very large delegation from the UK. Indo-British Diabetes Summit was held on 18th & 19th January 2013. This two-day event had some of the world’s most reputed diabetes experts participating, including a very large delegation from the UK.

PURBANCHAL GASTROCON was held in Bhubaneswar on August 11th, 12th 2012. Gastroenterologists, Hepatologists, Endoscopists, Physicians and trainees from all over India were present. 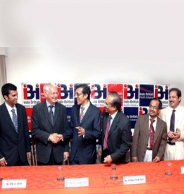 GIBHICON 2012 showcased the best of talent in the UK and India in the fields of Gastroenterology, GI surgery, GI endoscopy, Hepatology, Liver Transplantation and Bariatric surgery. Luminaries in these fields from both countries were present for this two day conference on April 21 and 22, 2012 at MIOT Hospitals, Chennai.